A Bird out of Prehistory 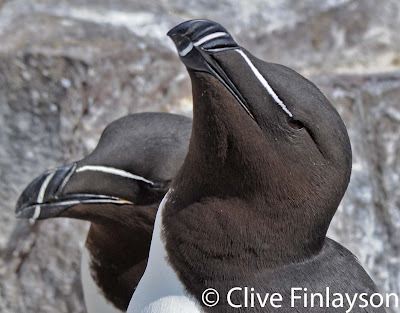 One of my favourite seabirds is the Razorbill. Not as well known, or photographed, as the Puffin the Razorbill is a magnificant bird especially when seen at close quarters. Unlike the Puffin, which nests in burrows, the Razorbill lays its single egg on a precarious cliff ledge and it is here that the young chick is raised. 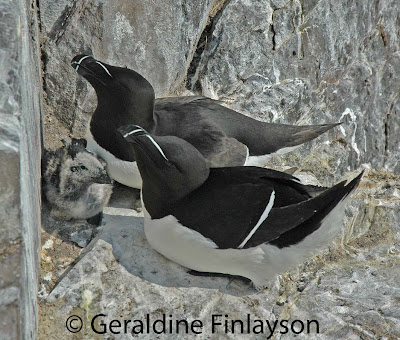 Down here in the Strait of Gibraltar I see more Razorbills than Puffins in the winter. That is because these birds feed in shallower water than the Puffins and so they will fish in sheltered bays and coasts on the European coast. The Puffin feeds in deeper water and the North African coast is better suited to them. It is in March and April that I see tens of thousand of both species exiting the Mediterranean on their way back to the breeding grounds. Razorbills generally pass ahead of Puffins. But I never get to see these birds close-up in the splendour of their breeding plumage. 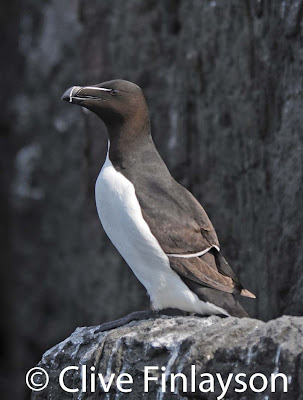 On the Farnes Razorbills are much less abundant than Puffins. Fewer than 200 pairs breed on the two islands that we visited but it was a real treat to see them so well. 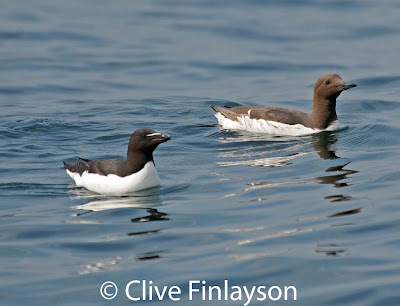 Razorbills mix with other auks, especially the larger Guillemots, in offshore rafts in search of fish. 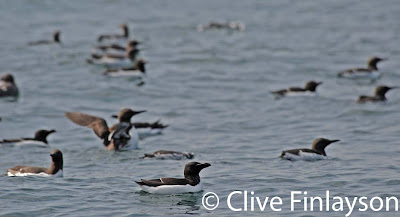 This bird reminds me of a sadly extinct auk, the Great Auk, which reached these shores during the Pleistocene and was hunted to extinction globally with the last ones killed as recently as the 19th Century. 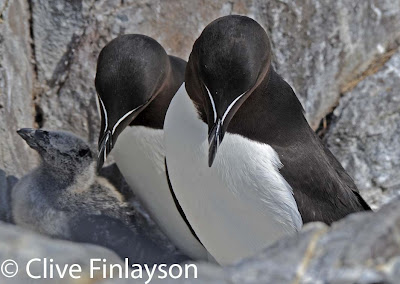 Today, I'm going to ask followers of this blog to have a close look at this bird. I wonder how many of you may find that the elegance of this bird surpasses the colours and comical look of the popular Puffin. Take a close look and compare with the Puffins of the post of 8th June. Do give your opinion! 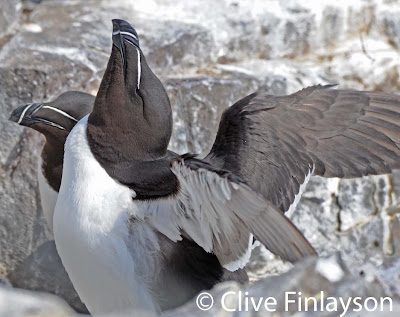 Posted by Clive Finlayson at 12:04 AM