Portrait of a Wetland IV 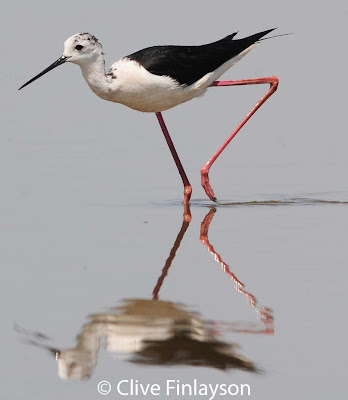 One of the most graceful of birds in the marismas is the Black-winged Stilt. These birds started to return to their nesting sites in March and were soon mating and preparing to breed (post of 16th March). Part of the reason for the early arrival is the proximity of the wintering areas to the breeding grounds. Many stilts remain in the area of the Strait of Gibraltar, wintering along the Atlantic coast of Morocco. Others move down the West African coast. So they are able to return quickly to exploit the spring burst of aquatic insect activity. 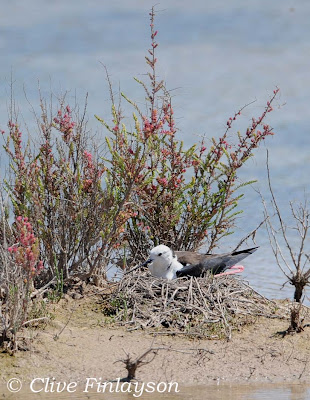 Stilts build a nest on the ground (above), a tangle of dry aquatic vegetation in relative safety. Little islands of mud are favourites. 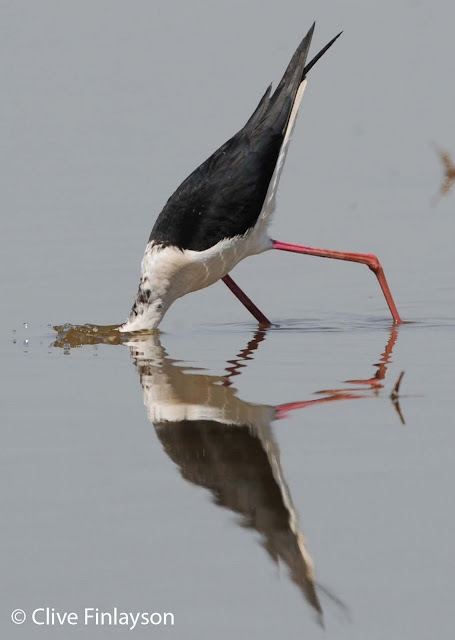 Stilts are colonial and travel in flocks on migration. Even during the breeding season they keep to loose colonies and are aggressive in their defence against passing predators, especially Marsh Harriers. 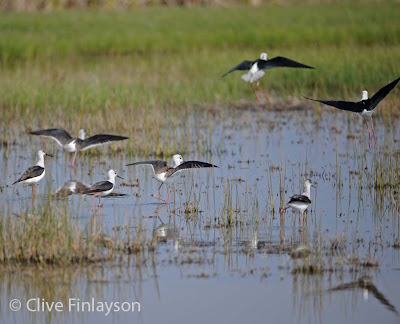 Feeding in shallow and often calm water, as deep as their long legs will allow, provides us with a unique chance to photograph these lovely birds and play with their reflections on the water. 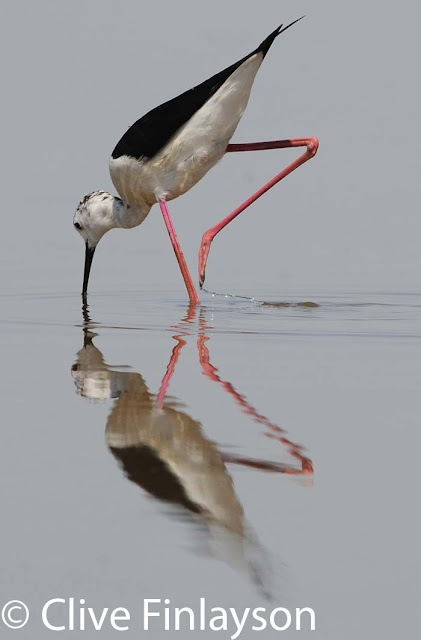 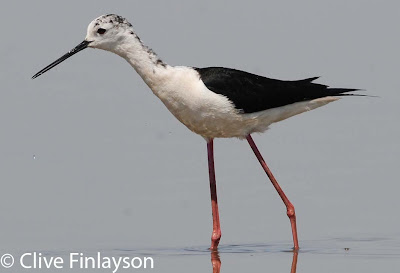 These photographs have been taken between 14th March and 22nd May, 2010
Posted by Clive Finlayson at 11:51 PM