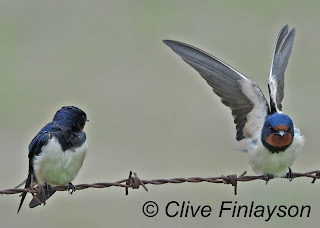 Seeing I was likely to be working in the museum all weekend, I decided to go to La Janda today. My friend and colleague Dr Darren Fa came along, with his daughter. La Janda will feature prominently in this blog: it has been one of my favourite haunts for the past 20 years and has been the subject of intensive research by us. There is a lot of history attached with La Janda, once Spain's largest lake before its protracted drainage which culminated in the 1960s. One day we might see it recovered to its former glory but, even now, the lake basin floods in the winter and the place is magical, situated just inland from the coast that faces Tangier only a few kilometres away.

But today was Swallow day! They were moving north in droves on a broad front from the Rock to Cape Trafalgar. Several thousand must have passed. The passage over La Janda was spectacular as wave after wave passed low over fields and pools. During rain showers many settled on fences to rest and preen which gave some good photo opportunities. The day was quite grey so the photography suffered and was a bit of a struggle. 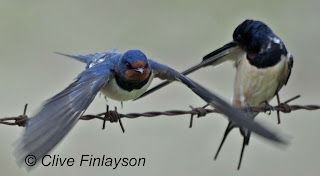 There were birds everywhere and in large numbers. A Hoopoe was probably a migrant as it was in a place which was not a typical wintering site. A Black Kite put up some Mallards as it headed north, the only one we saw today but still early days for the main passage. Linnets are in spring colour now and forming big flocks with Goldfinches. Many of these will move north while others will stay to breed. Many species are now on territory and in full song: Corn and Cirl Buntings, Stonechats, Serins and even Fan-tailed Warblers (sorry but I refuse to use that horrendous name Zitting Cisticola!). 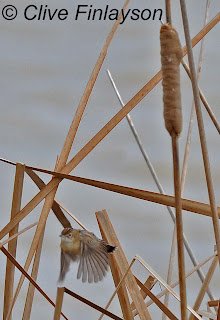 Cranes are still about, their calls one of the sounds of La Janda. We had around 2000 wintering this year. Lapwings also still around in numbers and Song Thrushes were almost as impressive as the Swallows. Hundreds in the olive dehesas (parkland) and in the lentisc scrub. 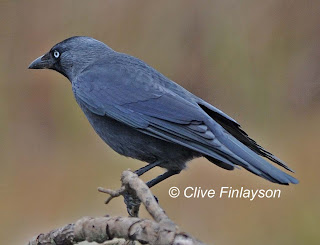 Jackdaws were back at their usual nesting sites, one under a bridge being a particular favourite. It is also a favourite of Tree Sparrows and of House Martins - the latter were back at the bridge too. I'm posting other photos from La Janda today separately.


Posted by Clive Finlayson at 8:06 PM