Another very wet night and day with very strong southwesterlies. Temperature milder than on previous days, around 17C. I took the view below during a brief interval between showers yesterday. It shows the Jbel Musa on the North African coast which here is only 21 kilometres away. This is the gauntlet birds have to run and it's also the channel that Tarik ibn Ziyad crossed in April 711 to conquer al-Andalus, almost 1300 years ago! 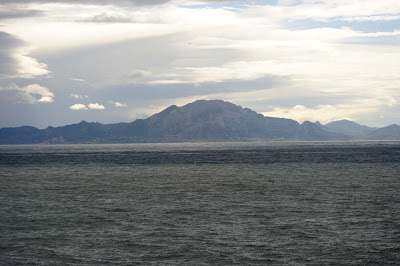 The Merinids, a Muslim Dynasty that controlled Gibraltar between 1333 and 1374 fortified the place heavily. They were aware of the scarcity of water during the summer months. It was a point of weakness in times of siege. So their engineers searched and developed significant hydraulic works. Among these was a huge underground cistern which later became known as the Nuns' Well. It is located near Europa Point, Gibraltar's southernmost point. The works are all underground. What you see above ground today is a 20th Century mosque and some 1970s constructions. What is amazing is how well they chose. The picture below shows the site today, after this winter's rains. The cistern underground is full and overspilling to create a small pond on the surface! Why here. If you look behind the mosque you will see the cliffs of Windmill Hill. The plateau acts as a water catchment and the runoff filters through the limestone and accumulates at the spot of the Nuns' Well. By excavating and enlarging underground, the Merinids ensured that the water was not lost to evaporation and could be stored for use in the summer. 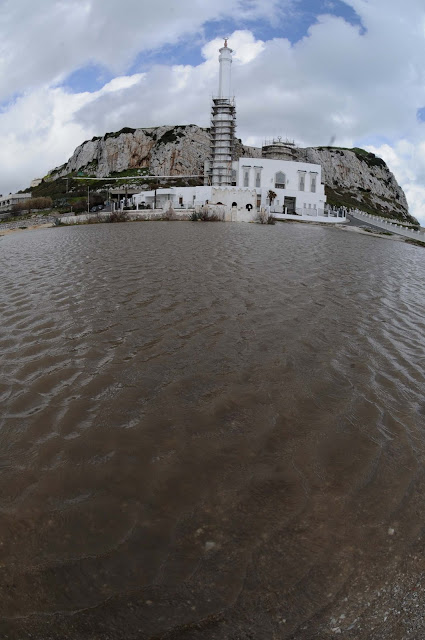 The strong southwesterlies brought seabirds inshore today. Among these were a good number of Sandwich Terns, Kittiwakes, Mediterranean and Audouin's Gulls. They weren't too close so the photos are not very good. But the moment was captured. 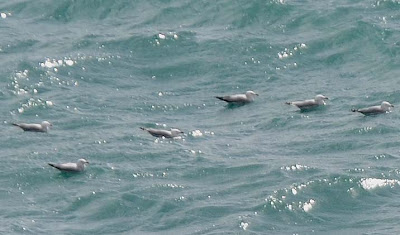 Small flock of Audouin's Gulls resting from the battering wind. These are adults now returning to their Mediterranean breeding colonies from the coast of West Africa. 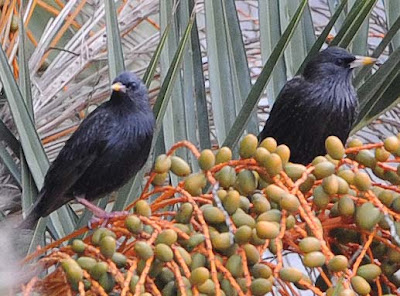 Spotless Starlings are now paired. These were on a Palm Tree outside my lab window this evening. 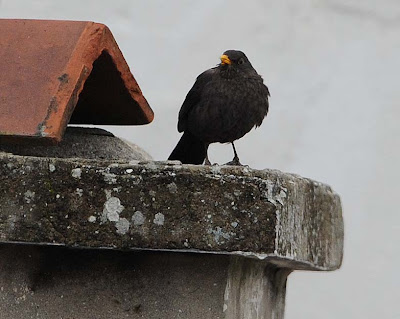 As usual the Blackbirds were among the last about before going to roost. Good night!
Posted by Clive Finlayson at 7:41 PM