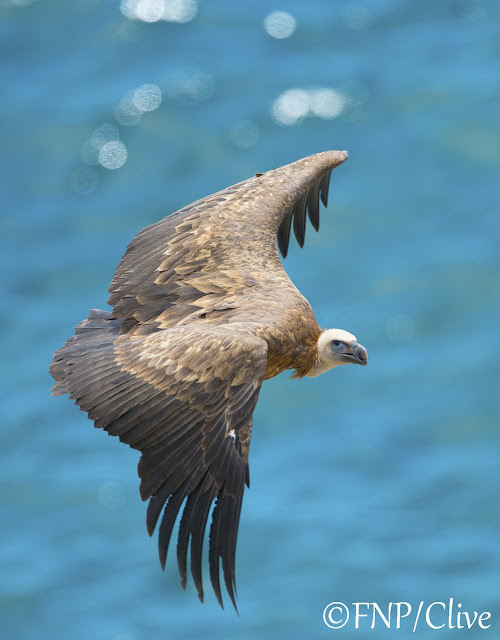 The plains outside Gorham's Cave attracted many scavengers who were always ready to take the opportunity of a carnivore kill or the remains of animals left by the Neanderthals. The Griffon Vulture Gyps fulvus is numerous in the deposits from 20 to 60 kyr. These birds would have nested on the many ledges on the cliffs of Gibraltar. Last year we published findings that showed that the Neanderthals were catching these birds and skinning them in order to get the large feathers which we think they wore.
Posted by Clive Finlayson at 4:40 PM