Return of the Glossy Ibis 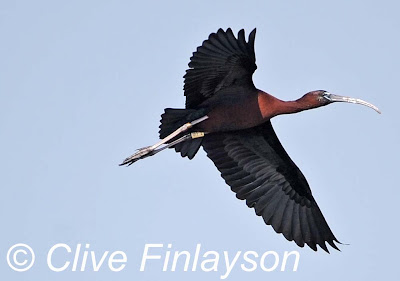 I grew up in these lands thinking of the Glossy Ibis as a rare bird. In fact, finding one in the marshes was always something special. I would often read Howard Irby's Ornithology of the Straits of Gibraltar (1895) and imagine a scene long past:
We saw great flocks of Glossy Ibises at the lakes of Ras el Doura towards the end of April; but they were very wary, as they are in Andalucia, whereas I remember in India we used to walk up to within thirty yards of them. They nest in Morocco, as I have seen eggs obtained in the country; and in wet seasons they breed in the Soto Torero, near Vejer, and also in the marisma of the Guadalquivir. 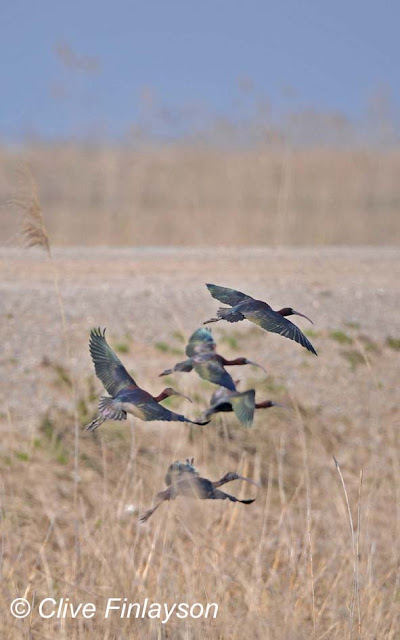 Little could I have imagined, even when these magical birds started to get commoner around the marshes (marismas) of the Guadalquivir in the late 1990s, that there would be such a recovery and that I would no longer have to imagine what Irby saw!

Nobody really knows what triggered the recovery but now there are thousands and they are doing very well. Nearly all breed in a single colony in the marshes and thousands are now ringed. I photographed these yesterday. In the next days I will post more of the magic of the marismas. 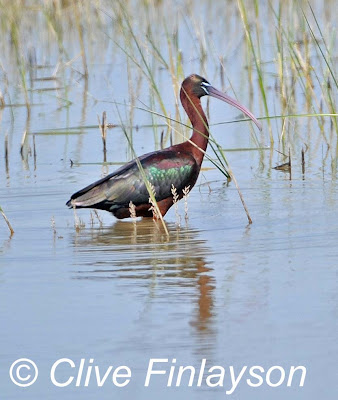 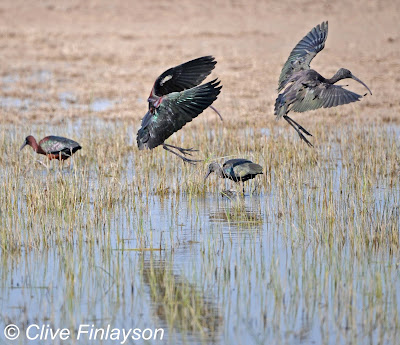 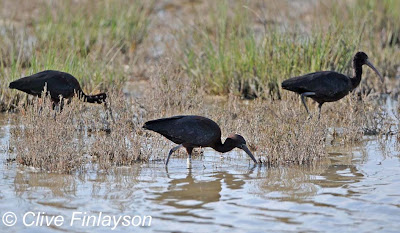 Posted by Clive Finlayson at 6:52 PM