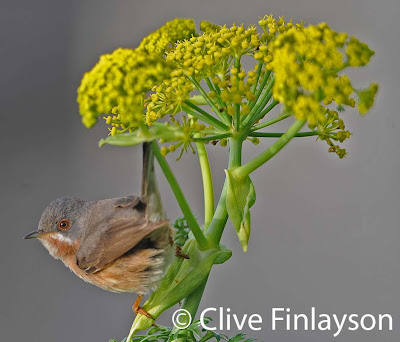 Subalpine Warblers have been coming through the Strait for almost a month now, first the males (see post of 7th March) and then females. The males move in first to secure the best breeding territories, those that will attract the best females. The closely-related Sardinian Warblers (below) are, instead, largely resident so the males have by now set up territories and are in nesting duties with the females. 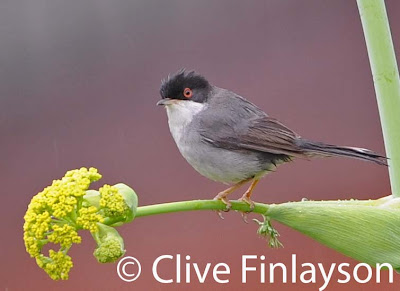 The picture is not that simple though. Some Sardinian Warblers, from the northernmost populations, actually migrate south and even cross the Sahara Desert to winter in tropical West Africa. But they are a minority whereas the Subalpine Warblers all migrate to sub-Saharan Africa. 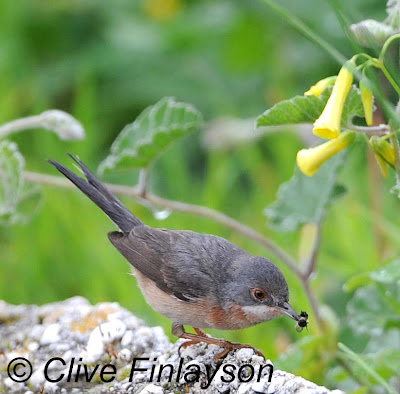 The Subalpine Warblers (above) arriving in Gibraltar now have completed the long crossing of the Sahara Desert and are lean. They feed frantically to recoup lost weight before embarking on the final lap of the journey into Iberia or southern France. They may come up against the local, larger, Sardinian Warblers (below) but there is rarely any territorial interaction between them. The migrants tend to skulk and keep a distance from the residents. 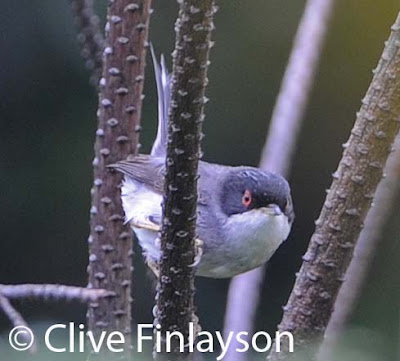 By and large Sardinian Warblers live in the milder lowlands and are able to survive the winters. The smaller Subalpine Warblers arrive once the Sardinians have set up territory so they move into a different habitat or region. Sardinians are at home in Mediterranean scrub whereas Subalpine Warblers occupy scrub with scattered trees. The Subalpine Warblers also occupy higher altitude and continental interiors which are inhospitable in the winter. Under present climatic conditions the two species are finely balanced and neither gains at the expense of the other. 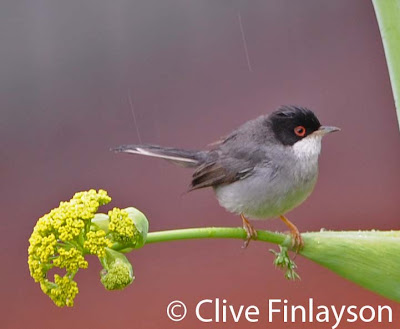 Sardinian Warbler male (above) with black hood; female with grey hood below 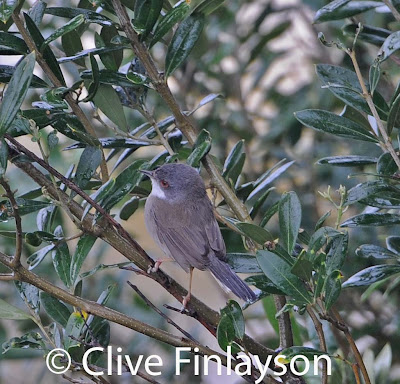 Posted by Clive Finlayson at 11:32 PM