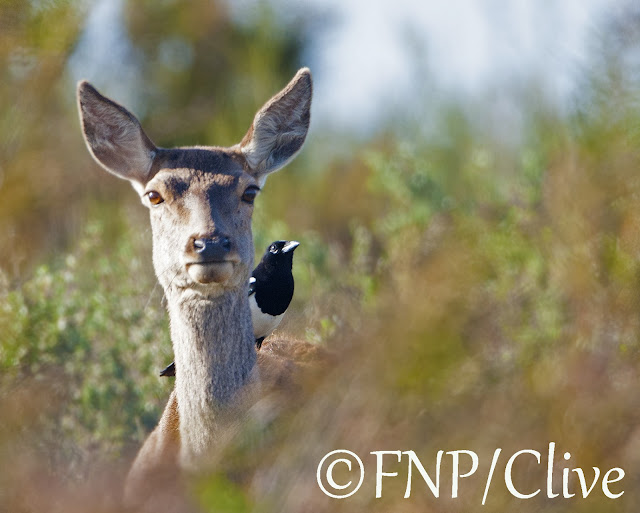 Red Deer Cervus elaphus and Magpie Pica pica were two abundant species that lived on the sandy plains off Gorham's and Vanguard Caves. The deer would have been hunted by a range of carnivores and also the Neanderthals. They have wide habitat choice and would have lived in dense scrub (as here) but also open pine woods and close to shallow lakes. The magpies prefer open habitats with a few trees, on which they build their nests, and are omnivorous taking a range of foods including large insects, lizards, small birds and carrion. They are among the first at a carcass.
Posted by Clive Finlayson at 6:55 PM