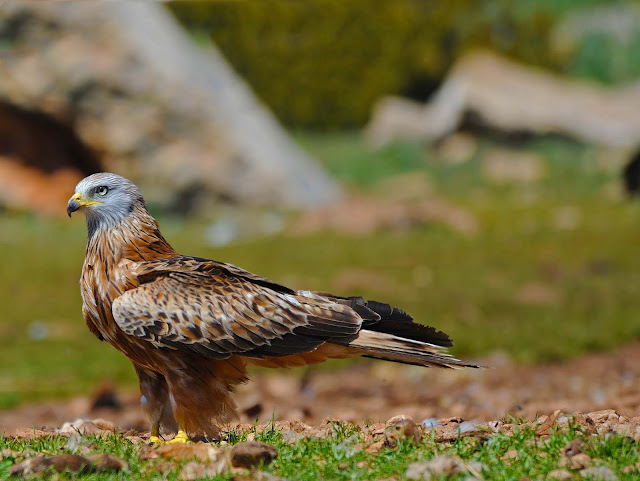 The Red Kite Milvus milvus is a tree-nesting raptor that eats a wide variety of small prey, from frogs and mice to birds and small rabbits. It is also a regular scavenger, attending carcasses of large animals. Some birds nest in the Coto Donana but numbers are augmented in winter by birds from the north. At Gorham's Cave the Red Kite features prominently among the raptors and evidence of cut marks on wing bones indicates that the Neanderthals got to them, almost certainly for their superb feathers.
Posted by Clive Finlayson at 9:04 PM