A bird that's always been there 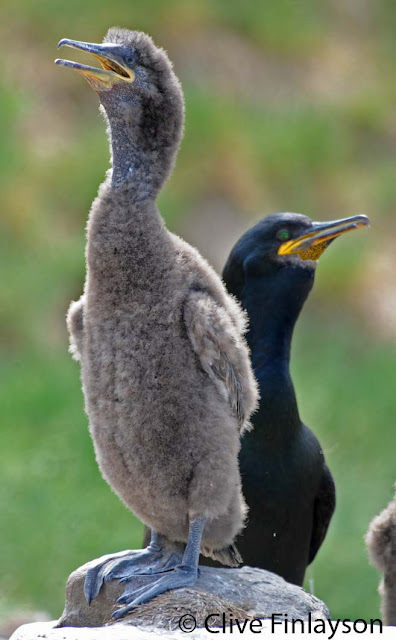 I grew up with the familiar sight of European Shags flying along the Gibraltar coastline. A few pairs still breed here, maybe no more than 6 close to the palaeontological and archaeological site of Gorham's Cave on the eastern side of the Rock. They are about the only ones left breeding on the Mediterranean  mainland coast of Iberia. These birds are of the Mediterranean race desmarestii and have been around for as long as our evidence can relate. Yes, in the very caves I have mentioned we have excavated the bones of this bird going back to over 50 thousand years ago! Now that's heritage! 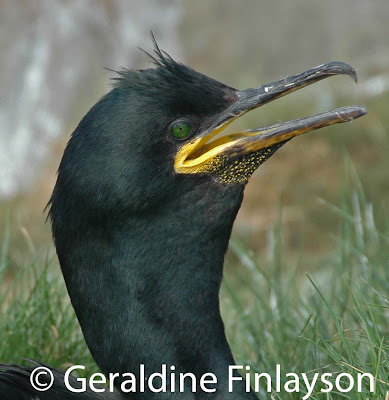 The birds that I am illustrating here belong to the Atlantic race aristotelis and were photographed in the Farne Island seabird colonies that I have been describing in recent posts. Here they breed on sheer cliff ledges where they lay their eggs on nests made of sticks and twigs. And it is in these that they raise the ungainly chicks. 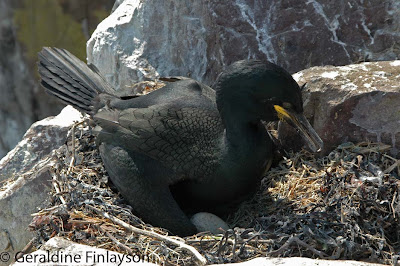 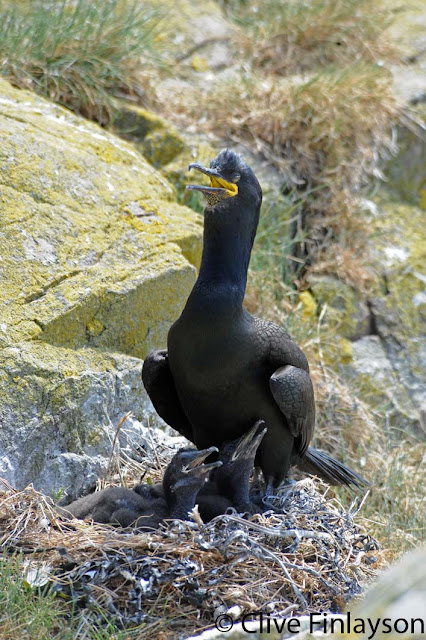 The European Shag is a truly Western Palaearctic bird and is not found outside this region. The birds live in mild oceanic and Mediterranean coasts and are largely resident. Unlike the larger Great Cormorant these birds hardly venture away from seacoasts into inland waters. They have survived on our coasts for 50 thousand years at least but the last mainland Iberian Mediterranean colony is feeling the pressure of isolation more and more. If we are not careful we may be talking of a locally extinct species in the not too distant future. Let's hope that they continue to show the resilience that has kept them going this far. 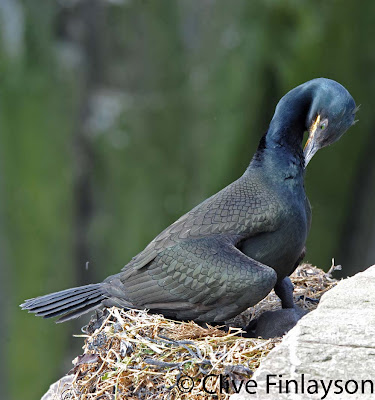 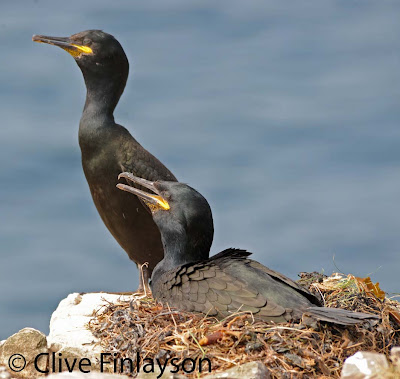 Posted by Clive Finlayson at 12:47 AM