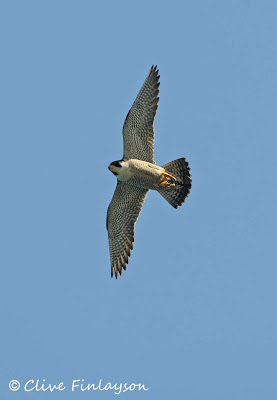 Last weekend saw an intense passage of raptors across the Strait of Gibraltar and over the Rock. More of that will follow in other posts. The local Peregrines patrolled the airspace by their nesting cliffs searching for tired migrants. Little did we know what would unfold... 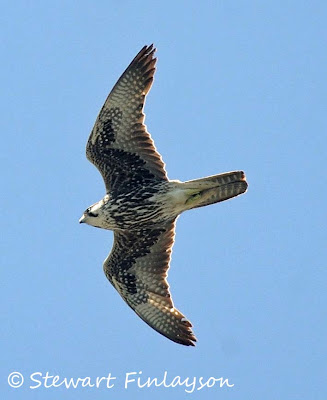 From out over the Mediterranean Sea, in the east, came a strange falcon...It was larger than the local Peregrines, with a disticntive shape and plumage pattern. It was a Lanner Falcon, a North African species that occasionally strays onto the European shore at this time of year. 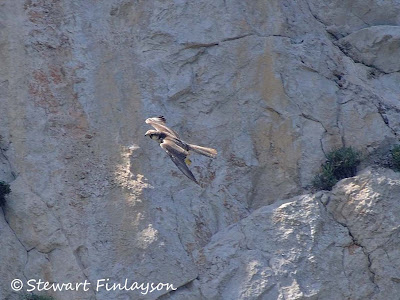 Venturing close to the Peregrine's cliff, it was a matter of time before an aerial combat would unfold, and it did... 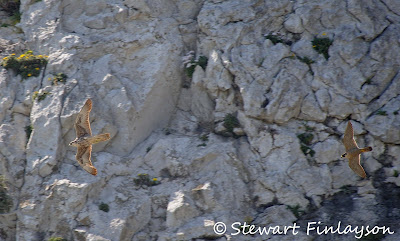 the chases went on for over fifteen minutes, the intruder seemingly returning for more of the action. And it gave as good as it got (below)! 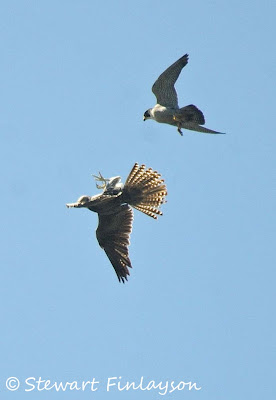 We sighted the bird later in the day so it didn't quite get the message instantly! 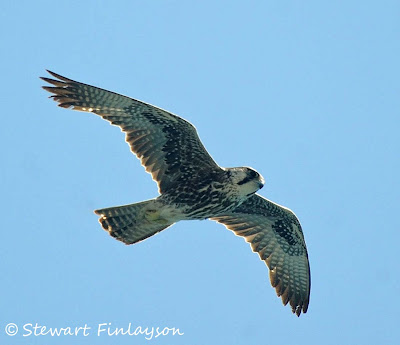 The bird was in its second spring of life, in other words it was born last spring. It was probably dispersing into new territory and stumbled upon an angry cousin!
We are grateful to Dick Forsman for providing a second opinion on the identification.
Posted by Clive Finlayson at 7:07 PM